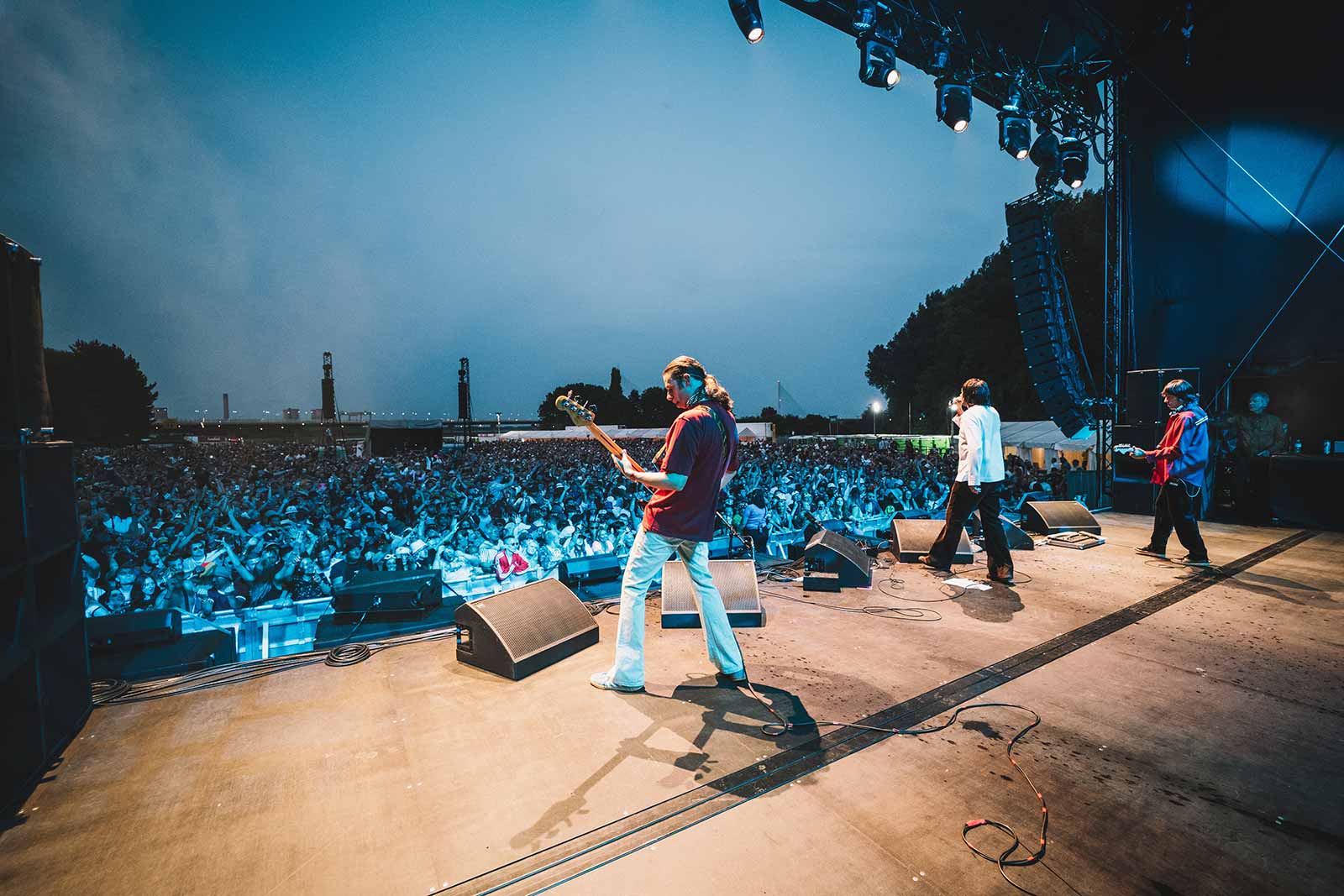 The Stone Roses are without doubt one of the most important bands of British music and their music has influenced and inspired many artists. They recently performed 4 sell out nights at The Etihad Stadium in Manchester to over 240,000 people, and the concerts will no doubt go down in history for fans of the band.

But with the Roses' appearances now less regular, there is only 1 option to hear those songs played with the same passion and energy as the real thing. The Clone Roses are the longest serving and most popular Roses Tribute playing live today. The attention to detail is second to none, with the band acquiring the same clothing, instruments and usually play the same set as The Roses themselves. The band have recently played Isle of Wight Festival, Shiine on Weekender, and "A Tribute to Manchester" headlining to over 2500 at Manchester Academy 1, and to 1700 people at Ulster Hall in Belfast, as well as a UK Tour of the o2 Academy music venues.

Expect to hear all the classics, "Waterfall", "Made of Stone", "I am the Resurrection" along with the new songs "All for One" and "Beautiful Thing".

If you've never seen the real deal or want to re-live the best gig you've been to then "The Clones" will deliver the next best thing!

"I can't believe it's not butter, the second best Stone Roses in the World!"

"Easily the Best Roses Tribute Band in the business"

"The Clones have long been the best"

If you would like to book the band, you can do this by contacting the band direct using the following form: